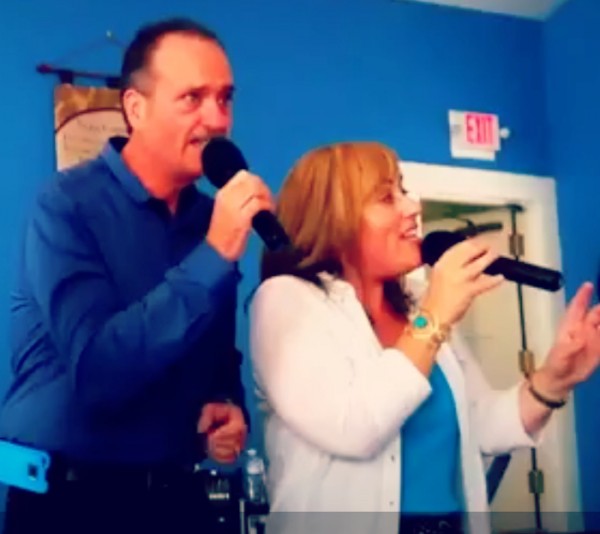 Lee A. Culberson is also affectionately known as He-Lee. He’s the lead sometimes, the heavy-lifter (as we call him) and the tenor. Lee has been singing since before preschool and has never known a time without music or without a personal relationship with our Lord and Savior.

He can sing low baritone, lead and even first tenor – spanning a several octave range. He’s also very much at ease with contemporary Christian and loves to mix it up by singing covers of Matthew West, David Phelps and Christ Tomlin songs, too. As we like to say in E33 – there’s just not much he can’t sing well.

Lee spent years honing his vocal craft in select ensembles, vocal competitions and chamber groups as a featured soloist. He sang in Florida with an acapella men’s gospel quartet (sang bass and baritone) and then started singing with his wife, Lee Brogden Culberson (She-Lee) in duets and then their Southern Gospel Quartet.

He-Lee is not only a vocal powerhouse, but has a soft heart for the music he sings. “Music speaks to people in a way that I can’t,” he says. “I might not like public speaking, but bringing this amazing message of grace and forgiveness through music is a calling.” Lee also sings lead in a contemporary band, 40 Days, sings solos in his choir at church when he’s there, enjoys his 1969 Mustang, good movies, and spending time with family and friends.

Lee Brogden Culberson, or She-Lee, has always loved music, but wasn’t always the center of the singing world. “My first memory of He-Lee is in preschool,” she recalls. “The teacher said I couldn’t have the solo for My Country Tis of Thee because this little black-haired boy deserved it more. Of course, that was my future husband,” she chuckles. Lee and Lee sang together all through elementary school in select ensembles and remained good friends. Later though, while He-Lee continued with multiple vocal Florida all-state designations and training, She-Lee took another route, winning awards in debate, oratory and learning the keyboard.

Singing and serving the Lord was never far away, however. As soon as She-Lee and He-Lee got married, during their second year of college, they made sure that God was first in their marriage and not long thereafter, despite their hectic work and school schedules, they began to renew the joy of singing Southern Gospel music – only this time it was together. They have been bringing the word through music ever since. She-Lee also handles Ezekiel 33’s Facebook page, Twitter account, YouTube and Soundcloud accounts. “There is a lot to helping the word of God reach as far and wide as possible,” She-Lee adds. “Our music ministry extends not just to who we see in person, but also to whom we ‘see’ online, too. We want everyone to be a part of what it means to be a Christian.”

She-Lee loves animals, muscle cars, gardening and the color yellow. Oh, and she sings alto, too. 🙂

There is no obligation and we'd like to hear more about your event.